The Heart: An Organ of Intelligence

The heart’s electromagnetic field—by far the most powerful rhythmic field produced by the human body—not only envelops every cell of the body but also extends out in all directions into the space around us. The cardiac field can be measured several feet away from the body by sensitive devices. Research conducted at IHM suggests that the heart’s field is an important carrier of information. 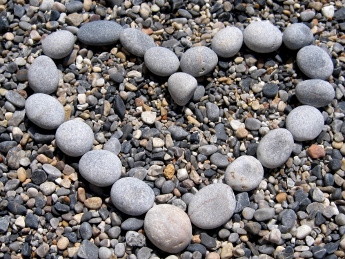 Traditionally, the study of communication pathways between the “head” and heart has been approached from a rather one–sided perspective, with scientists focusing primarily on the heart’s responses to the brain’s commands. However, we have now learned that communication between the heart and brain is actually a dynamic, ongoing, two-way dialogue, with each organ continuously influencing the other’s function. Research has shown that the heart communicates to the brain in four major ways: neurologically (through the transmission of nerve impulses), biochemically (via hormones and neurotransmitters), biophysically (through pressure waves) and energetically (through electromagnetic field interactions). Communication along all these conduits significantly affects the brain’s activity. Moreover, our research shows that messages the heart sends the brain can also affect performance.

The heart communicates with the brain and body in four ways:

The studies described in this section probe several of these communication pathways, looking specifically at how the brain responds to patterns generated by the heart during positive emotional states. The first two studies focus primarily on neurological interactions, demonstrating that the afferent signals the heart sends the brain during positive emotions can alter brain activity in several ways. In the first study, we find that cardiac coherence can drive entrainment between very low frequency brainwaves and heart rhythms, thus further expanding our understanding of the physiological entrainment mode described in the previous section. In the second study, we learn that coherent heart rhythms also lead to increased heart-brain synchronization. The implications of these findings are explored in the third study, which shows that in states of high heart rhythm coherence, individuals demonstrate significant improvements in cognitive performance.

Taken together, the results of these studies demonstrate that intentionally altering one’s emotional state through heart focus modifies afferent neurological input from the heart to the brain. The data suggest that as people experience sincere positive feeling states, in which the heart’s rhythms become more coherent, the changed information flow from the heart to the brain may act to modify cortical function and influence performance. These findings may also help explain the significant shifts in perception, increased mental clarity and heightened intuitive awareness many individuals have reported when practicing the HeartMath techniques. The final two studies in this section are concerned with energetic communication by the heart, which we also refer to as cardioelectromagnetic communication. The heart is the most powerful generator of electromagnetic energy in the human body, producing the largest rhythmic electromagnetic field of any of the body’s organs. The heart’s electrical field is about 60 times greater in amplitude than the electrical activity generated by the brain. This field, measured in the form of an electrocardiogram (ECG), can be detected anywhere on the surface of the body. Furthermore, the magnetic field produced by the heart is more than 5,000 times greater in strength than the field generated by the brain, and can be detected a number of feet away from the body, in all directions, using SQUID-based magnetometers. Prompted by our findings that the cardiac field is modulated by different emotional states (described in the previous section), we performed several studies to investigate the possibility that the electromagnetic field generated by the heart may transmit information that can be received by others.

Thus, the last two studies summarized in this section explore interactions that take place between one person’s heart and another’s brain when two people touch or are in proximity. This research elucidates the intriguing finding that the electromagnetic signals generated by the heart have the capacity to affect others around us. Our data indicate that one person’s heart signal can affect another’s brainwaves, and that heart-brain synchronization can occur between two people when they interact. Finally, it appears that as individuals increase psychophysiological coherence, they become more sensitive to the subtle electromagnetic signals communicated by those around them. Taken together, these results suggest that cardioelectromagnetic communication may be a little-known source of information exchange between people, and that this exchange is influenced by our emotions.

This article comes from the Institute of Heart Math website,  http://www.heartmath.org/research/science-of-the-heart-head-heart-interactions.html.